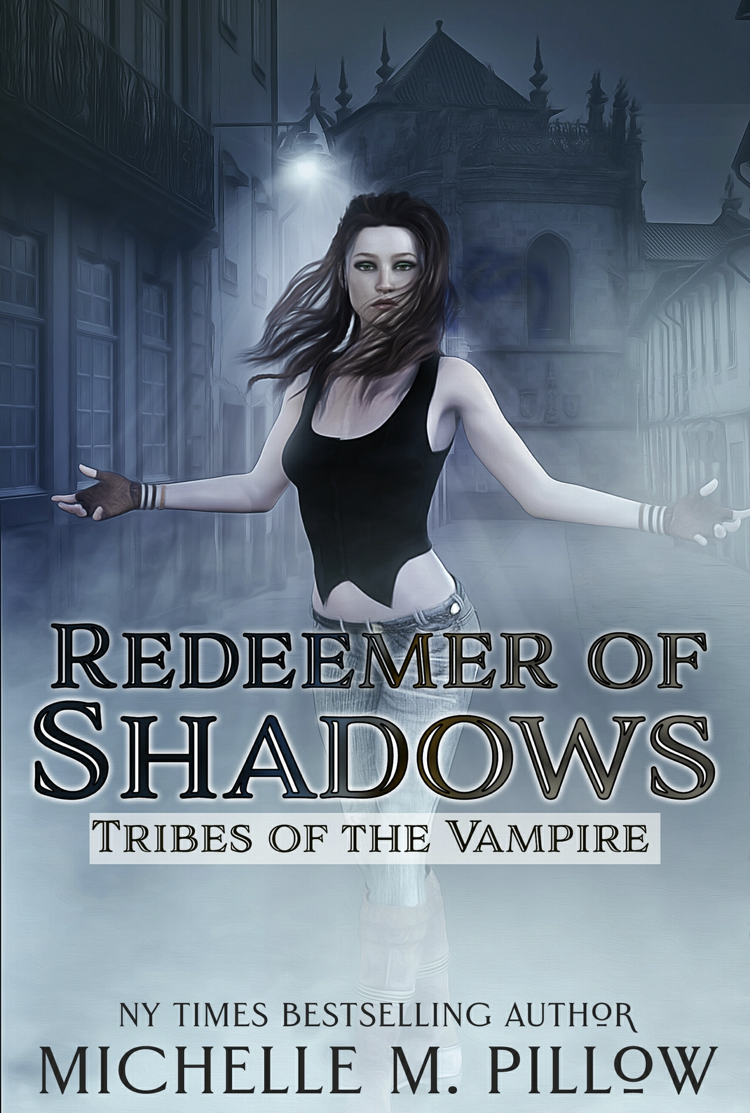 I know, I should write more often. My apologies for not doing so. To make it up to you all, since I haven’t read anything new since The Fourth Power, opting for a Hot Damned novella (which had me nearly peeing my pants from laughing, but which you can really only read if you have read all that came before in the series) and a reread of K.F. Breene’s first PWF novel, I will go with something that I really love, as a reader: the fact that I remember everything that I read.

Everything? Everything, from the first read of a book. The only two or three books that I did not remember came in a time of massive depression, so my mind wasn’t in them at the time.

In this case, it comes in handy, as this particular novel, Redeemer of Shadows, by Michelle M. Pillow, is currently available on Kindle Unlimited, which is how I read it in the first place (I have since bought it because I know that I will reread it at some point). Considering my love of dark paranormal/urban fantasy, buying it was only a matter of time.

First of the Tribes of the Vampire series, Redeemer of Shadows is the story of Servaes, Marquis de Normant, an old and powerful vampire who had been turned against his will while still in his prime, and Hathor Vinceti, a young woman who has come to London to help her ageing aunt.

One night, Hathor goes to meet with her aunt in a café. However, her steps guided her, instead, to the most bizarre and kinky bar, where all fantasies came true via some so-called vampiric magic… and their fearsome yet incredibly hot and charismatic leader, Servaes.

From the moment he laid eyes on Hathor, the Marquis only had one thought: to make her his.

Because yes, the book is an urban fantasy romance. However, there is so much more to it than the timeless love story of Servaes and Hathor! Although my romantic heart melted with that dance scene, I admit.

Nevertheless, what kept my nose firmly in the book was not the romance story, despite its promise and its heat; it was the rest of it: the action, the twisty twisting plot, the suspense that Michelle M. Pillow so masterfully built throughout the pages. Had it been a movie, it would’ve kept me on the edge of my seat. As it was, I was, simply, stuck to my Kindle until I finished it. Yes, the book does finish at some point, but the story continues in the second book, The Jaded Hunter, which can be read independently if you so wish.

In fact, I confess that I started with the second book (because it was on promotion when I got it). Since Hathor and Servaes are not in the action, it really does read like a standalone. I do not recommend doing that with the last one of the series (for now), because all four main characters of the first two books do come back in that one.

I have another confession to make. Redeemer of Shadows is considered a large novel, with its 646 pages. And not only did I not know the number of pages, but it was brought to my attention by the author herself!

Why? Because it, plain and simply, reads itself!

I think that it is what we call a page turner. For me to be so engrossed in the action that 646 pages pass within two days, well, that says it all. I could not put it down.

So if you like a great vampire story, I highly recommend it. The whole series is currently on Kindle Unlimited for everyone’s enjoyment. I’ll be honest: I’m sincerely hoping for another book in this series!