The following review is part of my being in the author’s review team, which ensures that you can read it before the book comes out.

WARNING: Do not read this if you don’t want to have spoilers from Revealed in Fire.

If you read Revealed in Fire (for which you can see my spoiler free review here), you know that it ended in a massive cliffhanger. If you don’t and don’t want to have anything spoiled, please stop here, for I will give info that would spoil the fun of that book for you, since Mentored in Fire, which comes out on the 30th, picks up where the cliffhanger left off. If you don’t mind, then proceed, but you’ve been warned.

For Reagan, imprisoned and tortured by the Elves, has been rescued, first by Cahal, who entered her cell following the surprising passage of Ja, then and foremost by Lucifer himself, who proceeded to put Reagan to sleep in order to bring her painlessly where she belongs, in the Underworld. After all, she is his heir. And there the journey continues for the half demon, half angel former bounty hunter.

The exciting continuation of the DDVN World!

After a life of hiding and laying low so as not to end up trapped in the Underwold, that’s exactly where Reagan finds herself.

It could be worse, though. She could’ve had a hostile father as her jailor instead of a man eager to teach her magic. She might’ve been trapped with someone other than the steadfast Druid.

She could’ve gone her whole life without riding a dragon!

When push comes to shove, maybe the Underworld isn’t so bad.

Or maybe Lucifer is doing what he does best – deceiving her to get what he wants.

Reagan must walk a razor thin edge to keep her independence.

She must battle wills with the lord of the Underworld.

These are the three words that come to my mind when I think of Mentored in Fire. The love Reagan has for her mum, but also for Darius, and for Penny, too. The loyalty that she inspired in Cahal, and vice-versa, and that of the dragons. Darius’s complete devotion towards Reagan, which had made him act, just in case, a long time ago and, at the time of the book despite his bond to her partially muted, thus preventing both of them to know where the other is/how the other feels/etc. Penny’s complete faith in Reagan, but also her devotion to the one who became one of her closest friends, as well as her sense of responsibility, determination, and guilt after Reagan had sacrificed herself in order for her, Emery, the Warrior Fae, and the Shifters to leave the Elves’ palace safely.

Of course, there is also deep hatred of the Elves (and no wonder, after what they’ve done to Reagan, but also of what they have been doing for centuries to the Realm prior to what concluded Revealed in Fire), and just as deep sense of responsibility for those in your care, directly or indirectly.

In short, Mentored in Fire is a profoundly emotional book, on many levels: family, life partner, friends, pets, pack. And look for the Leveling Up sort of Easter egg! I will not say more.

Not only will you have a bigger trip into Reagan’s psyche, you will also see some massive character development in Penny Bristol. I’ll be honest: I liked her before, but this book made me seriously and completely love her. For those for whom Penny was the favourite, you will feel complete and will simply love her more. And laugh. And cry. Or at least I did.

Another character I loved to learn more about is Cahal, whom I’ve loved since his first appearance in the Penny trilogy. That Druid is so mysterious that finding out more about his personality was a huge gift. My wish, now, is for him to have his own book! Although Lucifer might think otherwise.

Writing of which, the author said that the King of the Underworld is her favourite antihero. I totally agree. Lucifer is cunning, but also lovable in a way that wouldn’t happen to, let’s say, Vlad, for instance. And Mentored in Fire exacerbates this love/hate relationship I had with the character. 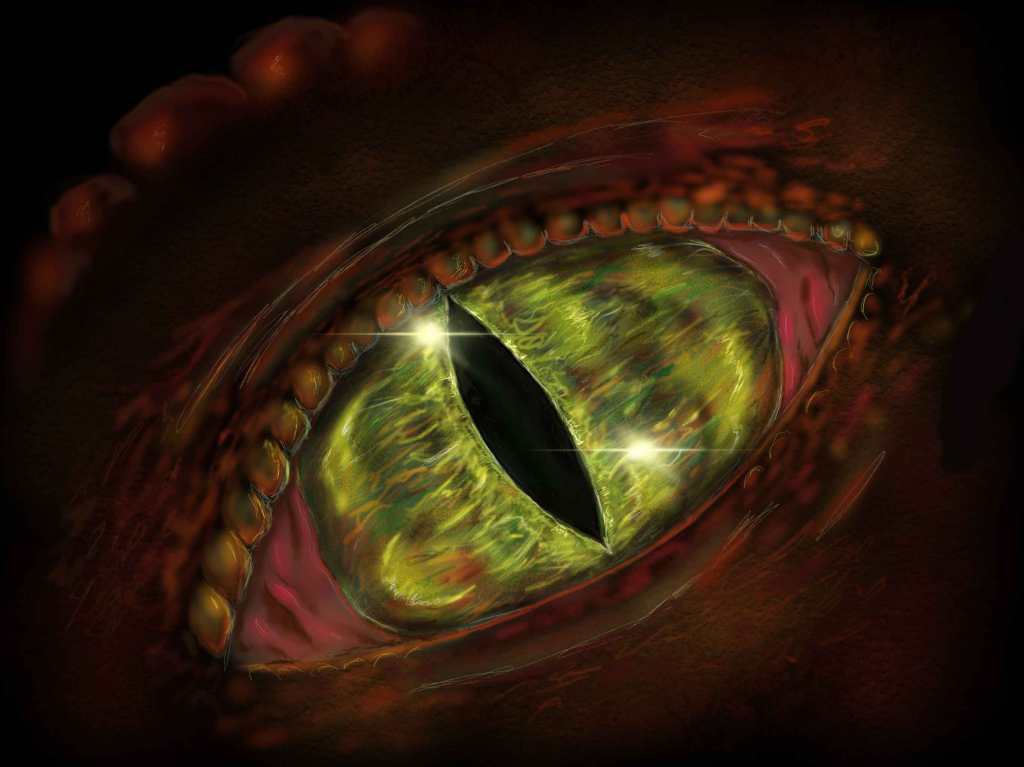 Yes, when you say “Underworld”, it really means “dragons”, as we found out in Fused in Fire. Not only do we see many of them, we also learn a lot about them, and I dare you not to love them.

For Reagan, who really wanted to see a dragon since her first trip to the Underworld, we can safely say that it is a dream come true, and her excitement at meeting them really is, for the reader, totally contagious and makes us want to meet with the beasts, too! And let’s not get started about riding one.

Confession: because of Mentored in Fire, I love dragons more than I love unicorns. The moment you will read the book, you will completely understand what I mean, and you might end up having the exact same feeling.

However, dragons are not the only element of importance in the book, as it is also full of action of all types. Ask Penny, you shall see, and most probably laugh your head off, which I did.

Rare are the books when I have to interrupt myself multiple times only to look for images (or grab a frame) to create some artwork because it was impossible to resist. Mentored in Fire is one of those rare books, as my usage of some character artworks show.

With this book, K.F. Breene was able to convey all the emotion, all the conflict, all the pain and hopes and love and grit and courage and love and loyalty of all the main characters, much to my enjoyment. All the better to get ready for the DDVN World final showdown, Battle with Fire, which is set to come out on 10 September. To be honest, I am anticipating as well as dreading this final opus. Anticipating, because it should be totally epic, but dreading, because it will mean saying goodbye to characters I have loved from the start and got to love even more.

But for now, let’s conclude with