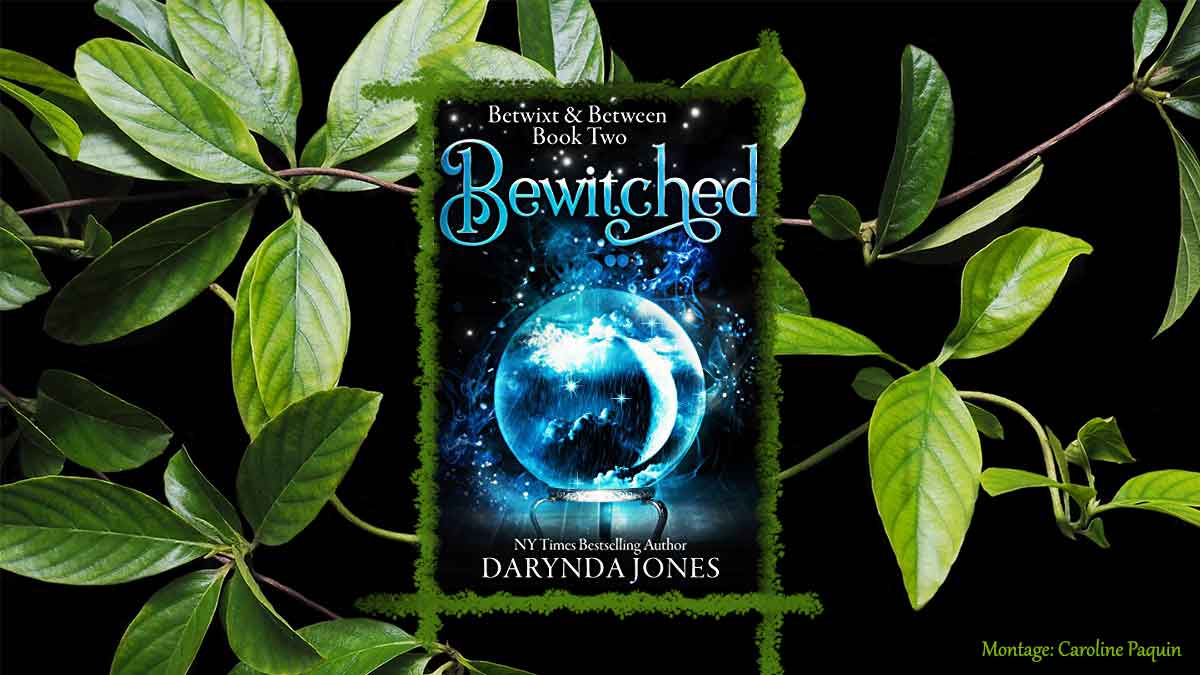 It took seven long months to know the whys and whethers of what Ruthie had done, which concluded Betwixt, the first of Darynda Jones’s Betwixt and Between series. A long time, you will say, and I will definitely agree, because I was dying to know what happens to Defiance and the gang.

When Bewitched came out, a couple of weeks ago, I was not disappointed in the least. In fact, I was so enthralled in the book that despite my work and jammed schedule, I devoured it in two days, and enjoyed most of it.

Most, not all? Yes. Because in many places, I was left with a case of reader’s blue balls (I can only imagine Roane’s real ones), with that budding romance between a certain wolf and Dephne trying to take a turn, only to get constantly interrupted.

Frustrating, isn’t it! Then again, as I mentioned in my review of the first book, it’s Darynda’s way. She leaves us hanging, breathless, pondering, wondering, wishing, cursing. All in all, driving us completely nuts, which is only fitting when we see Dephne’s life, now that she is trying to forget her newfound powers, meet Gigi’s coven, solve a few mysteries, get rid of a bad guy, fight a mean spirit, and wrap her mind around having lost six whole months of her life.

All this alongside a kilted and inked wolf, her (overbearing) best friend, her loving and caring dads, her not departed anymore grandmother, a nice police chief, and a cute little ghost.

Not to mention an extremely protective house, who covered itself in vines to protect Defiance while she was getting over her previous ordeal, and continued making sure that she would not meet an untimely demise.

That is counting without Deph’s stubborn streak. Thankfully, Roane was around to make sure nothing too bad happened to her, like the protector he ended up being for her through it all.

But let’s get into the (positively) frustrating part of Bewitched: the blue balls. Because I said it, Annette is an overbearing best friend.

I don’t know if everyone’s BFFs are that way, but I can tell you that mine isn’t, and knows that if she does only the quarter of what Netters does to Defiance, she would be in for a sorry time.

From interrupting some getting closer time between Deph and Roane to spreading Defiance’s private life, loudly, in front of a crowd of people, Annette does it all! Yes, it is hilarious, but at the same time, if you put yourself in Dephne’s shoes, you can’t help but being in awe of her patience and how she never coshes her BFF on the head. Although she does get a sort of revenge at some point…

The house that doesn’t need a sitter

And what about Percy, the grandfather turned house? So protective of his granddaughter that he prevents people from disrupting her rest in a beautiful, yet violent, way, and that he blocks her away from parts where she might get hurt.

Yet, Defiance bears her name well, as she still manages to find her way out of Percy’s justified protectiveness, thus putting her in harm’s way, all the time.

Thank the maker for another protector!

A mystery to uncover

Thankfully, Darynda Jones doesn’t leave us with a major hook/cliffhanger for the next one! However, Dephne will have a mystery to uncover, which will be at the heart of Beguiled, coming out, if all goes well, on 15 February, 2021, and whose cover was revealed last week.

A book I am looking very much forward to, and which will come out… on my birthday!

Bewitched is as bewitching as its title suggests. Another book with which Darynda Jones knocked it out of the park, full of the snark, humour, friendship, family, love, and tension which has made the author’s success for quite some time already.