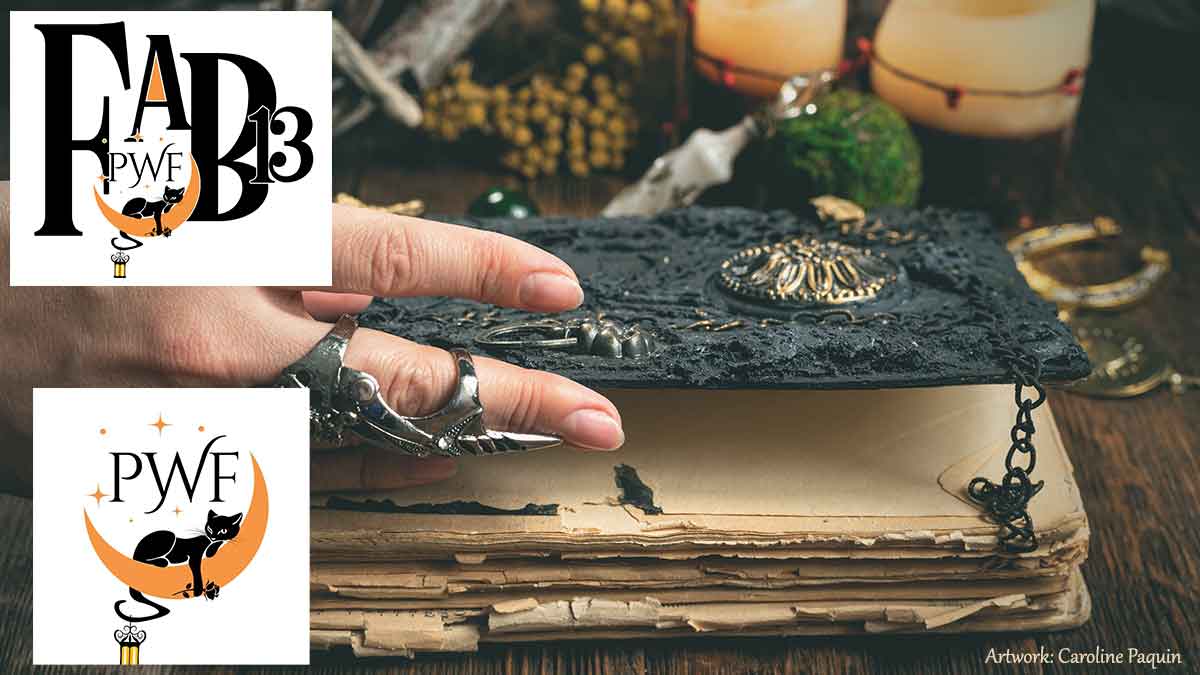 Two years ago, a huge group release has caused a massive stir in my (and, most probably, many readers’) reading habits, when 13 authors, aptly dubbed the Fab13, each launched their first Paranormal Women’s Fiction novel on the very same day (today minus 2 years).

As I wrote nearly two years ago when I started this blog, the genre is not a new one at all. It is only that those 13 authors have decided to put it on the map, much to our happiness. Why? Because the PWF genre put us, the women 40 years and up, in the spotlight, and not because we were entering or into middle age, but because despite what people think of women our age (I had just turned 40 then), we still kick major butt, have feelings, *gasp* have a libido, etc.

Plus, let’s face it, once you get to a certain age, it becomes more and more difficult to identify to a young woman of 20-25 when you read a story. Heck, I was getting at a point where I was starting to imagine these heroines being over 30 just so I could feel a little more of what they were feeling, and this had nothing to do with the authors, only with me as a reader needing to identify, somehow, with the main characters. Furthermore, I was starting to have massive issues with the constant angst of a lot of those young characters and had started to see them as real babies at times.

Hence I took this new trend as a massive breath of fresh air, as I have written then.

But first things first: who is that baker’s dozen of wonderful authors who upped the popularity of this genre?

Let’s go alphabetically, shall we:

Again, these 13 ladies are not the first authors of this genre; they are those who teamed up to put it on the map. After all, they are preaching by example. Like their heroines, they are showing that there is strength in numbers and that friendship between women is, especially as we grow older, our strong suit, be it long-term friendship or more recent.

Like their heroines, the Fab13 succeeded with flying colours! Heck, now that I am reading novels with heroines my age, it has become even more difficult to read books with main characters in their early 20s. I still do, but thanks to those 13 authors, I started being content with reading about more mature women kicking massive butt and not giving a flying fuck about things.

I am happy reading about women who, like me, suffer from hot flashes, have aching joints, creak like an old floor, and are not afraid of talking about it.

A breath of fresh air, I tell you!

Adding to their numbers

The popularity of the PWF genre thus became huge! So much so that other authors joined the Fab13 and added to the list of amazing stories featuring middle-aged main characters.

Two years later, as a reader, I cannot imagine my reading life without having many such stories among my books, and I thank all these fantastic authors for it.

So to the Fab13, and to the authors who joined them afterwards, a massive thank you!

To know more about the Fab13