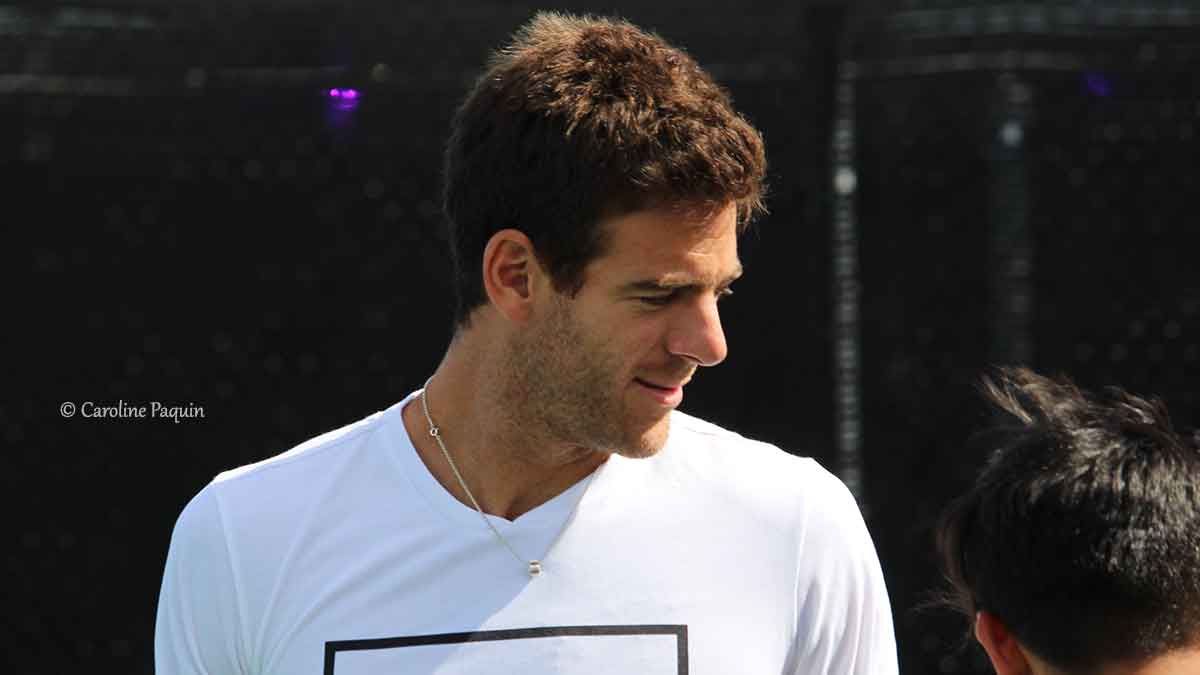 When the translation of El Milagro del Potro came out, this winter, I had promised the author to read and review it. However, there came a pesky think called the Corona pandemic, and in the stress of things, I completely forgot. (¡Perdón, Seba!) As a rule, I don’t read translations if I speak the language. However, because Sebastián Torok is a friend, I made an exception for this one.

Do I regret reading The Gentle Giant? Not at all! Of course, my speaking Spanish with an Argentine twist made me see the missing language subtleties, but if you don’t speak Spanish, it is really well done. So there goes for the translation part (which I highly recommend).

Is it a good biography? Yes. Of course, gravitating in the tennis world since 2007, and more so since 2011, I know the topic very well. For the anecdote: my very first press conference question, in 2011, was to Juan Martín del Potro, and in Spanish. Best way to break the ice and he seriously appreciated it. Delpo’s is a career I have been following closely since the first time I saw him play, in Montreal, in 2007. Of course, he was only a lad back then, but the promise of the player he could become was there for all to see, particularly that booming and impressive forehand.

So, yes, I know the topic quite well and I’ve had the chance to interview Juan a few more times since that first presser, when the ATP came to Montreal and that he was in the players’ field.

For his is a career marked by many career-threatening injuries, of which Torok talks in great detail: from his back in 2008 to his wrist in 2010, then the wrist again, and the other wrist, finishing with the injury which still keeps him sidelined, a broken kneecap sustained in Shanghai, in 2018. Since then, he played only five tournaments, and had to have more surgery to the injured knee.

However, where Torok’s book differs from all others is with the insider point of view, where he gets first-person accounts from del Potro himself, but also from various members of the tennis community, from his first coach, Marcelo “Negro” Gómez to Gabriela Sabatini, and many others.

All in all, it is a wonderful read for the tennis lovers, and even for those who simply want to know a little more about the story of an extremely wonderful person.

The book is currently an Amazon exclusive and available on Kindle Unlimited.